About Us | Logan Funeral Home

About Us
|
Our Team
|
Our Services
|
News and Events
|
Contact Us

In April 1982, the late Frank C. Videon, Sr. founded our funeral home with the highest standard for our staff: to provide compassionate and efficient service to families in their time of need. This tradition of personalized service has established the reputation of the Frank C. Videon Funeral Home within and beyond the Marple-Newtown community.

Funeral service is the foundation of our culture and history. While every service is designed to suit every family’s needs, our common goal remains the same for all: the desire to honor the life and memory of your loved one. Whether you select a traditional service (a service with the body present) or a memorial service (a service without the body present), our experienced funeral directors will guide you through the arrangement process. They will thoroughly discuss and plan every aspect of the service with you, such as newspaper notices, obituaries, flowers, casket/urn selection, clergy, and any other considerations.

We also provide pre-planning services for you or your loved one. When arranging a funeral service at a time of need, many families face difficult decisions in a stressful time of grief. Through pre-planning, the burden is eased on families who have had the advantage of time to consider and discuss funeral alternatives with one another. 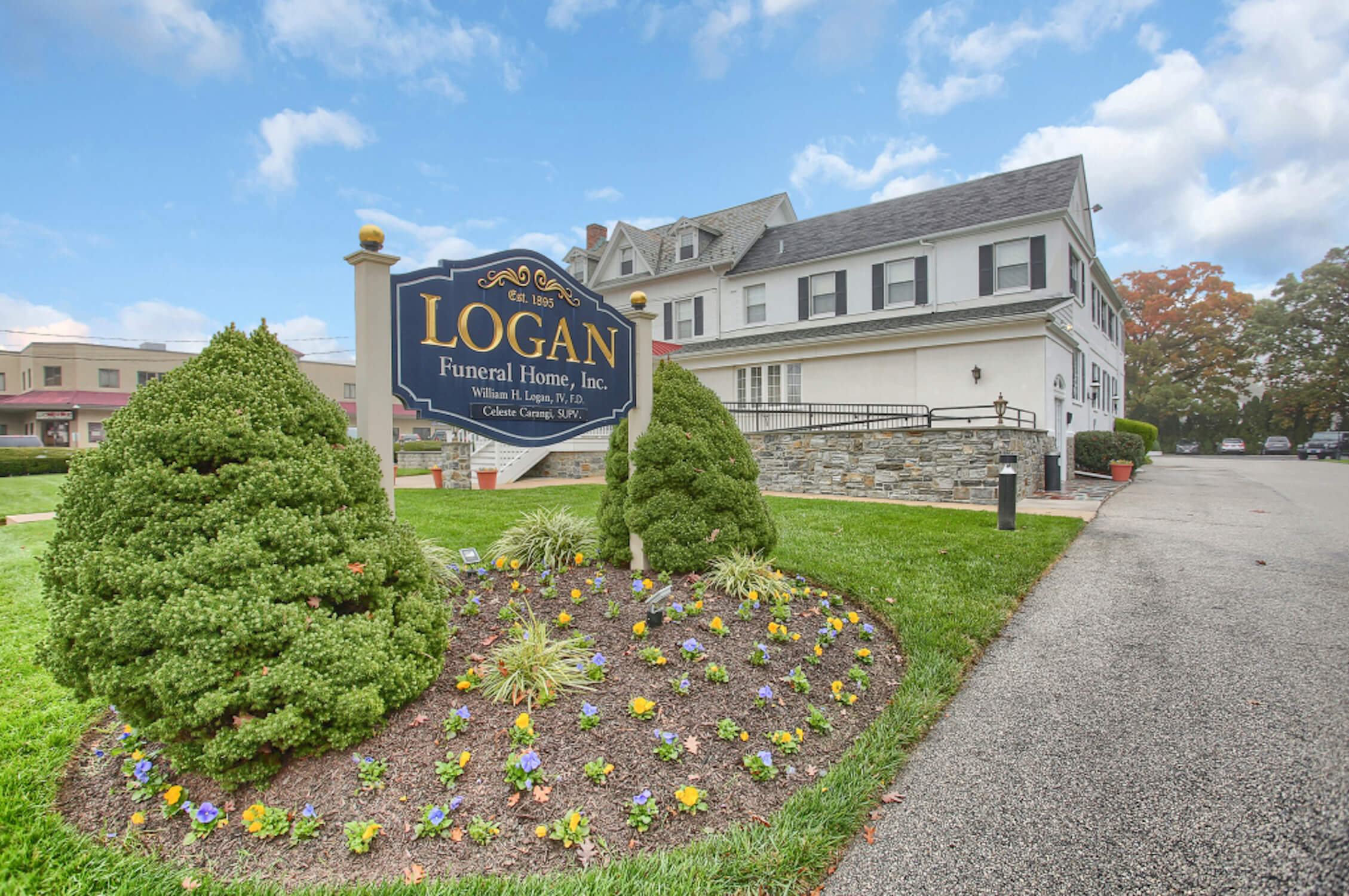 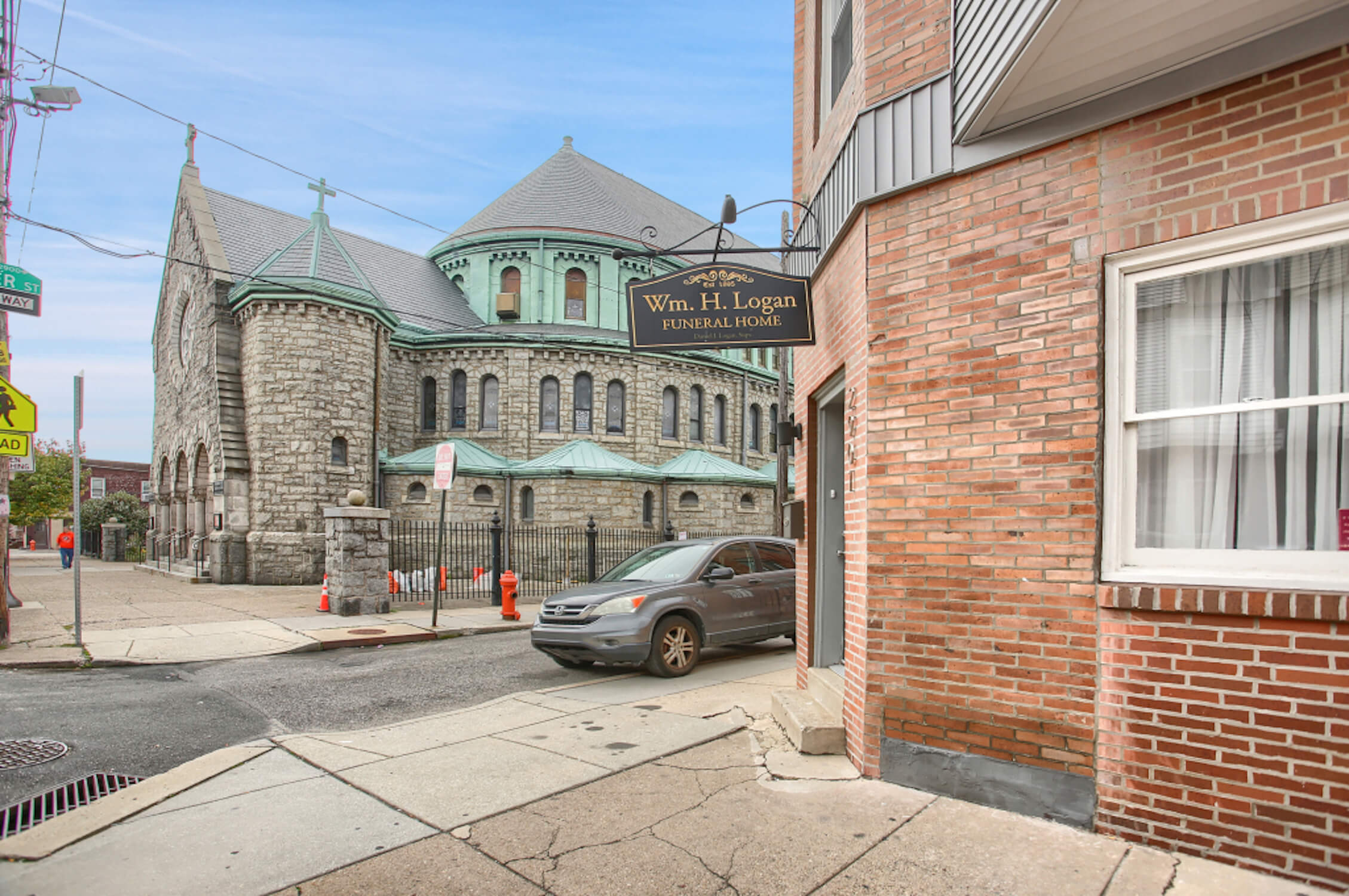 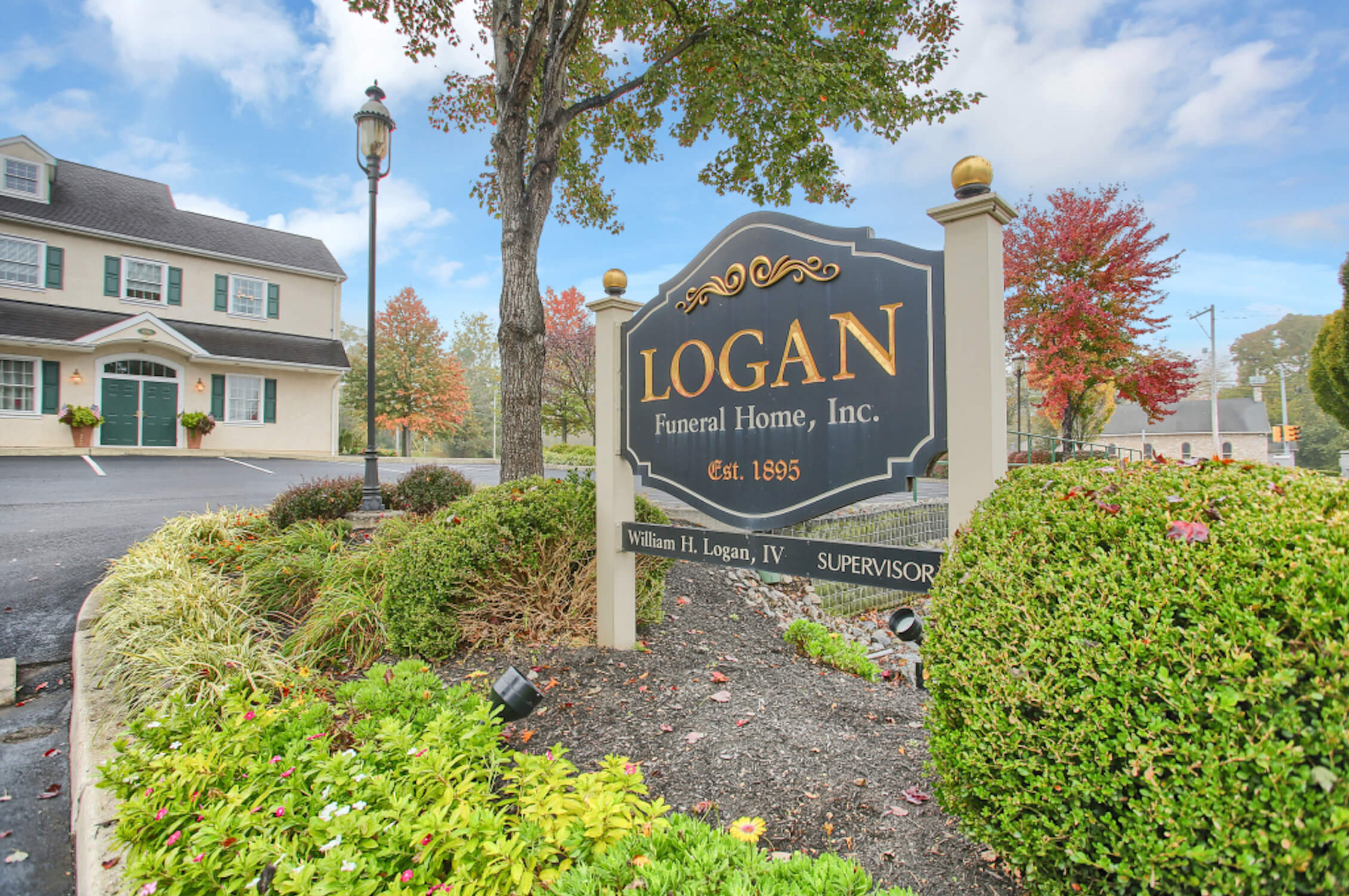 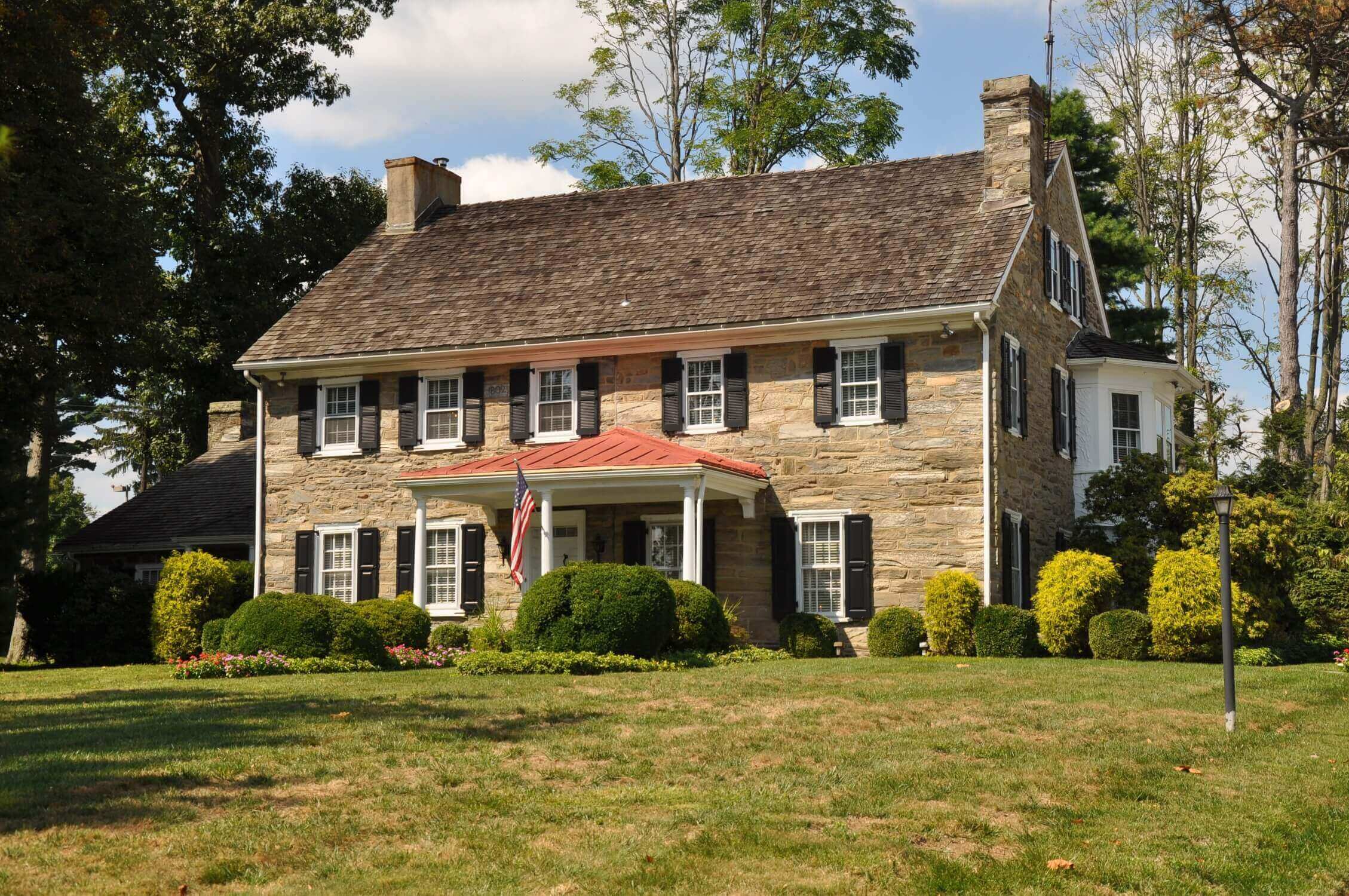 The succession of David T. Videon as owner and operator assures the continuation of the Frank C. Videon standard of efficienctly accommodating families' needs. We invite you to visit or call, to tour our facility, and to utilize our advice and counsel to meet your expectations for a most personal service.

Your loss becomes our concern - Our funeral home becomes your home. 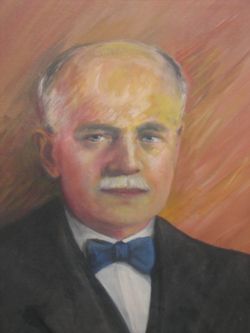 In 1895 William H. Logan opened a funeral home on the 2400 block of Lombard Street in the Schuylkill Section of Philadelphia. William and his family lived next door to the parlor and owned a stable/carriage house around the corner on Naudain Street. The business quickly grew and the Logan Funeral Home was doing very well by the year 1910.

As the new century brought wave after wave of new immigrants to Philadelphia, the area known as Schuylkill became a hub for the Irish working class. By the early 1920’s the funeral home was arranging for over 200 funerals a year. Most of the funerals in that day were conducted from people’s private homes and the small funeral home was able to thrive in this environment.

In 1929 William H. Logan, Jr., along with his father, noticed a new trend in demographics and decided to open a branch location in the Borough of Yeadon, Delaware County. At this time the inner suburbs were starting to flourish and the move to Yeadon seemed justified. William H. Logan, Jr. became very active in his new suburban business, joining many organizations including Yeadon Borough Council.

When William H. Logan, III decided to move to a bigger location across town in Yeadon in 1964; a town that was by this time, bursting at the seams with new suburbanites. Philadelphia in the 1950s and 60s had an outpouring of people into the surrounding communities and the funeral home was well positioned to meet the needs of the new suburban residents. This demographic change, along with William, III’s continued community involvement, have allowed the business in Yeadon to thrive.

In 2004, the Logan family broke ground on a new Funeral Home in the town of Exton, Chester County on an ideally located spot at the corner of Route #30 & Ship Rds.

In 2006 William H. Logan, IV purchased an existing funeral home on Eagle Rd. in Havertown, Delaware County. By expanding westward away from the city of Philadelphia the Logan family is hoping to continue our community involvement and gain the trust of the people of these two new communities.

The property which is currently the site of the Frank C. Videon Funeral Home was an original land grant of 400 acres from William Penn in 1684. In 1785, 100 acres was conveyed to the Lawrence family and passed through several members either by Will or sheriff sale until 1860. From that date, the property changed hands several times by way of gambling and several more sheriff sales until 40 acres was purchased at auction by Mr. and Mrs. Donald Gibson in 1955. The 2.2 acres purchased by the Gibson's was restored and remodeled into a family home and the Gibson Funeral Home.

After 27 years of operating his funeral business on this site, Donald Gibson sold the property to Frank and Edna Videon in 1982. They have redecorated the home making it a funeral home with a light, cheerful, home-like atmosphere. In 1996, the Videons acquired an adjacent property consisting of 4.3 acres which has been constructed into a public parking area for viewings and funeral services.

The building itself, as it stands now, is a result of three major building operations. The original house dates back to 1731 and comprises the basement and the main double room on the first floor and rooms on the second floor. In 1802, the main center hall and the reception room were added by Joshua Lawrence. The rear addition was added in the early 1900's and differs from the rest of the building in that it is a frame and stucco construction while the remainder of the masonry walls vary from 18 to 24 inches thick. The building contains six non-working fireplaces, one in the basement, three on the first floor and two on the second floor. For a period of time, these fireplaces were the only means of heating the house. The second floor includes a living room, dining room, kitchen, bedroom, two offices, a hallway, and two bathrooms. The third floor is one large room for storage.

The property also includes the remains of a springhouse which is believed at one time to be used in conjunction with the cooking and smoking of food for the main house. A stone barn stood a short distance away from the main building that was later renovated into a three car garage. In 1983, the Videon's converted the garage into a two story cottage-type building to facilitate the funeral business.

In the late 1980's, as the funeral business increased, a 30-by-40 foot addition was built on the first floor. This structure is made of stone which matches the original exterior of the home. The inside compliments the original home with deep windowsills, high baseboards, and an original looking fireplace. With the remodeling and additions being kept in the 18th century period, modern conveniences such as air conditioning and lighting, as well as safety features, permit modern usage.

While the Gibson's maintained the second floor of the building for their residence, the Videons lived in their home in Newtown Square. The living area remains on the second floor with a bedroom, living room, kitchen, dining room, and two bathrooms. Two rooms were converted into offices for the funeral home staff. 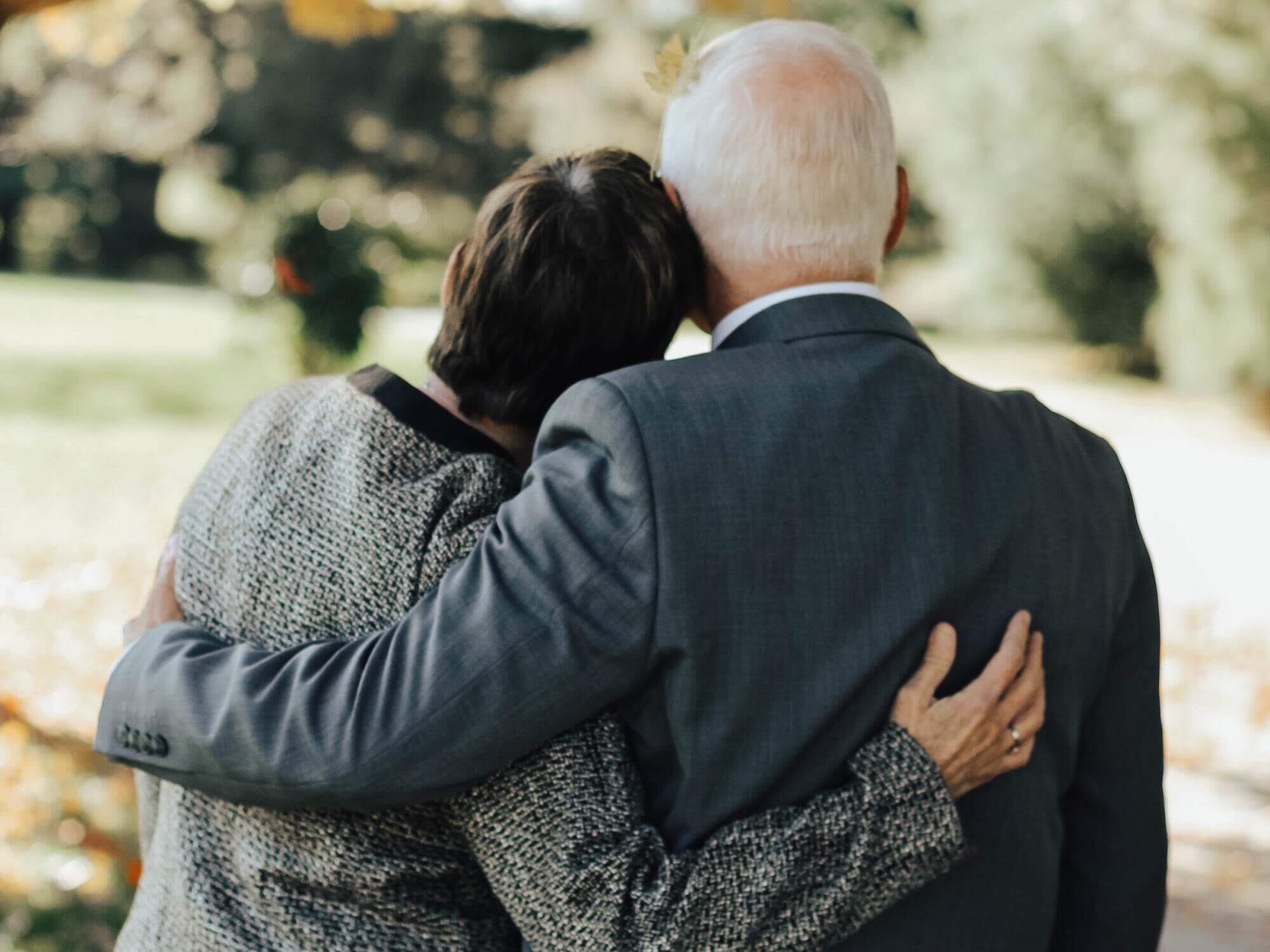